Electroneum is a cryptocurrency that aims to simplify and reduce the cost of transmitting money throughout the globe, similar to a simpler crypto version of PayPal. Many individuals in undeveloped nations do not have bank accounts.

Electroneum aims to provide people with access to digital currency by providing a low-cost, simple method to move money over the globe. 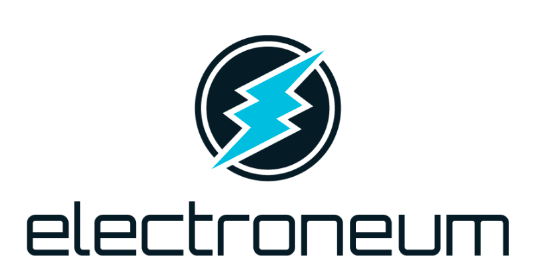 Electroneum intends to make sending money across borders as simple as possible. That isn’t an unusual ambition in the crypto world. It is, however, unusual in that it focuses on digital payments through cellphones for those without bank accounts.

Every cryptocurrency participant speaks about broad adoption, but Electroneum’s methodology just could make it happen.

How Does Electroneum Work?

Electroneum, like many other cryptocurrencies, is created by miners who use high-powered computers to solve riddles. The first person to break them will get ETN, Electroneum’s currency.

ETN is unique in that it may also be mined via a mobile app. The program may be downloaded and operated in the background by any smartphone user. The user then earns little sums of ETN over time.

Smartphone mining, on the other hand, isn’t exactly mining. Solving problems takes a lot of processing power, and smartphones aren’t up to the job.

Instead, the smartphone user is periodically handed pre-mined ETN, obviating the requirement for specialized computer equipment and providing their first taste of cryptocurrency. Smartphone mining will never produce as much ETN as mine with supercomputers, but it’s a start.

Although others argue that it should be dubbed an airdrop rather than mining, the name hasn’t deterred enthusiasm. The app has over a million downloads and is still growing.

Electroneum was designed with the gaming and gambling community in mind. It was based on the Monero codebase. Since then, it has shifted its focus to cross-border payments that are simple and quick.

The startup has patented a method for users to send bitcoin payments to other persons or companies immediately. Despite the fact that the money is not received immediately, the receiver receives quick confirmation that the transaction has occurred.

What is the History of Electroneum?

Electroneum was founded by Richard Ellis. He is a seasoned marketer who ventured into cryptocurrencies after launching Retortal, a digital agency and social media management tool.

Richard Ells worked as a self-employed marketer while pursuing his dream of becoming a programmer.

He is also the founder and CEO of Retortal, a social media management tool for direct selling companies, and SiteWizard, a digital firm where he co-founded and continues to serve as a director.

Richard Ells, the CEO of Electroneum, established and managed the launch of AnyTask, the first freelancing platform dedicated to developing nations’ digital economy, in late 2019.

Despite the fact that the site is available to freelancers from all over the globe, it focuses on the unbanked in developing nations, similar to other Electroneum products.

How Do I Hold Electroneum?

Users can hold ETN on the official wallet app.

5 of the Biggest Stock Gainers… So Far