The now-iconic image of a grinning Shiba Inu has just become the most valuable meme to be sold as a non-fungible token, or NFT. The dog meme “doge” was auctioned off for almost $4 million on Friday to an unnamed bidder with the Twitter handle @PleasrDAO.

In an apparent joke, the buyer paid for the meme using cryptocurrency Ether, sending 1,696 ETH.

The money will go to Atsuko Sato, a Japanese kindergarten teacher who owns the Shiba Inu dog shown in the meme. Her “doge” meme was auctioned off on the digital auction site Zora, and it sold in only three days.

The Origins of the Doge Meme

Since early 2010, the meme has been popular on online forums such as Reddit and Tumblr, but it has risen to new heights as the face of cryptocurrency Dogecoin. 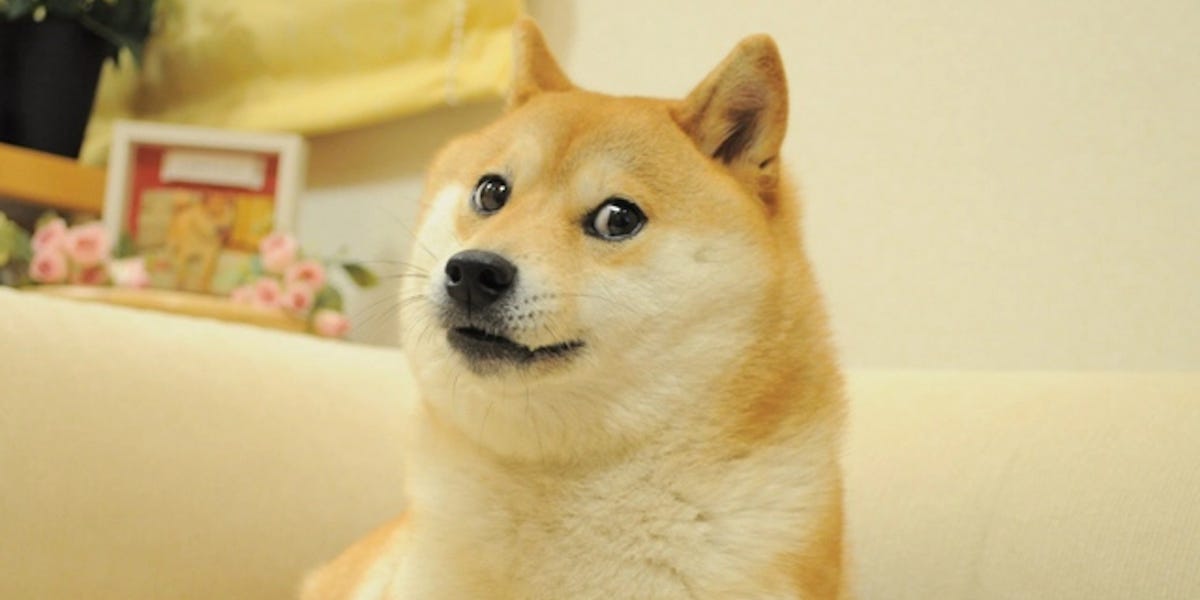 The digital cryptocurrency began as a joke, but it has lately gained traction as billionaires Mark Cuban and Elon Musk embrace it. Cuban has made it a requirement for his sports club, the Dallas Mavericks, to take Dogecoin as payment, and Musk has promoted it on Twitter, notably by tweeting an image of a dog on the moon.

Dogecoin’s highest price of 69 cents was approximately 12,000 percent greater than its price. Since then, the price has dropped to about 34 cents.

This year, the popularity of NFTs, which enable customers to purchase a digital asset, has skyrocketed.

Following the $69 million sale of an NFT by artist “Beeple” in March, a host of other NFTs has fetched record prices, including Twitter co-founder Jack Dorsey’s first tweet, which sold for $3 million later that month. With a statement that it is “creating a team” for an NFT project, Gamestop has become the latest to ride on the bandwagon.

Dogecoin and other cryptocurrencies skyrocketed in April 2021, boosted in part by Coinbase’s direct listing on April 14, despite the fact that the company did not provide Dogecoin trading.

Dogecoin’s market valuation was nearing $50 billion at the moment, making it the sixth most valuable cryptocurrency, with a year-to-date increase of over 7,000 percent. On April 15, an outage in electronic trading platform Robinhood’s cryptocurrency system was caused by “record demand,” increasing concerns among experts that the cryptocurrency business is becoming a speculative bubble.

On May 9, 2021, SpaceX announced the first cryptocurrency-funded space voyage, a Dogecoin-funded ridesharing flight to the Moon. Elon Musk confirmed this on Twitter.