The Eternal Beings NFT project has been accused of pulling the rug on buyers and scamming them out of money. These accusations come as the rapper Lil Uzi Vert, who was affiliated with the project, deleted all of his tweets mentioning the project after all of the NFTs sold out.

As a result of this controversy, the price of the Eternal Beings NFTs plummeted down to 1.67 SOL, which is about $225, according to data from SolanArt.

Eternal Beings is a collection of 11,111 generated alien avatars based on Lil Uzi Vert’s fashion sense and his last album, Eternal Atake. The NFT collection launched on September 28 and the rapper promoted the project to his 8.5 million Twitter followers. 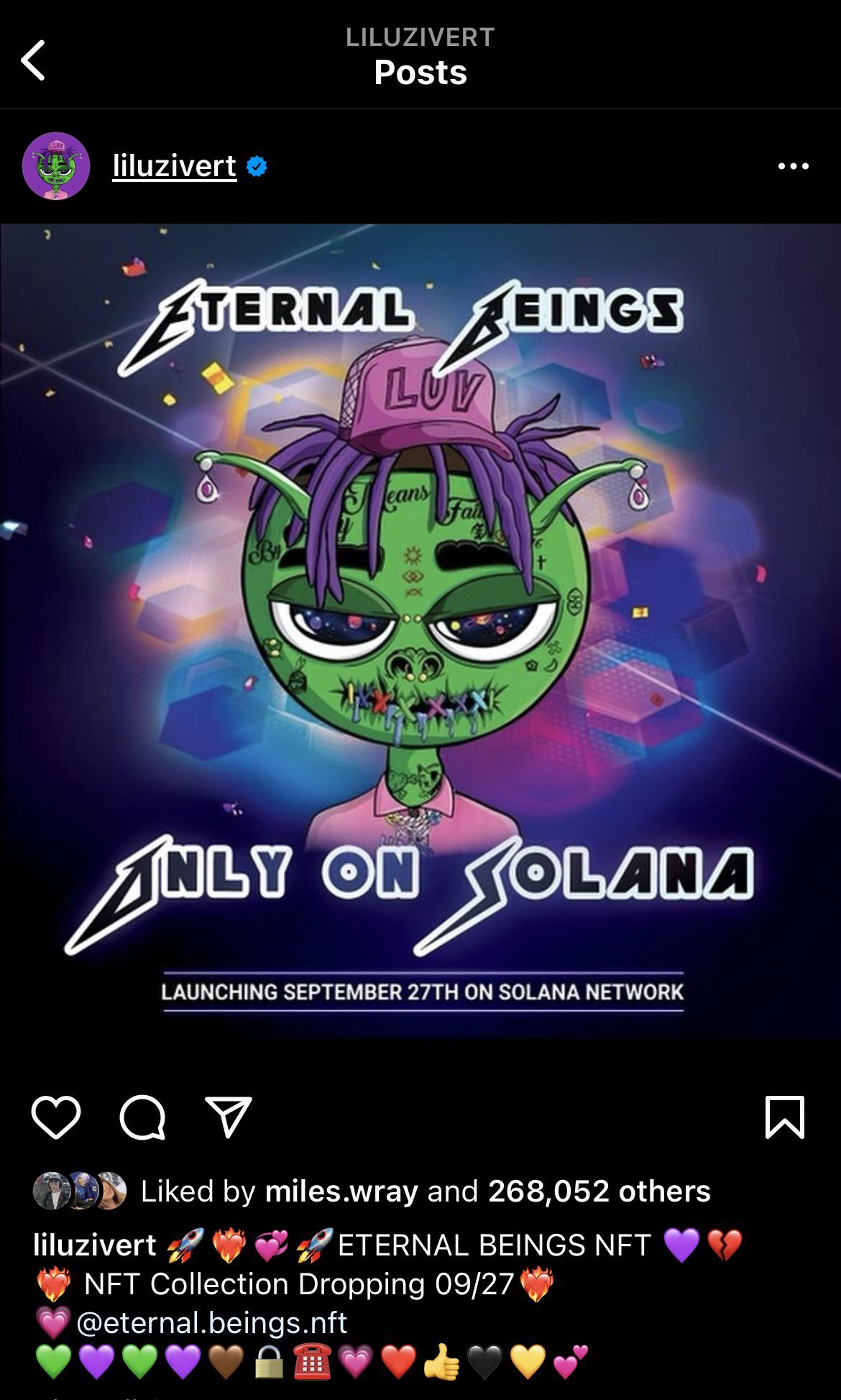 Eternal Beings quickly sold out, and right after this happened, Lil Uzi purged his Twitter account of any and all mentions of Eternal Beings leading people to believe that this was a quick cash scam.

In their anger, the NFT holders took to the project’s official Discord channel, made up of around 44,000 members, to complain and criticized the project’s creators and the rapper. It didn’t help matters when a moderator released a statement filled with expletives and insults towards the holders telling them not to panic.

He came down *almost* as fast as #eternalbeings floor price pic.twitter.com/jzCmhYHscq

About an hour after the rant, the same moderator released another statement apologizing for their conduct and explained the Lil Uzi Vert situation. According to this moderator, the rapper walked away from the project to focus on the launch of his upcoming album. 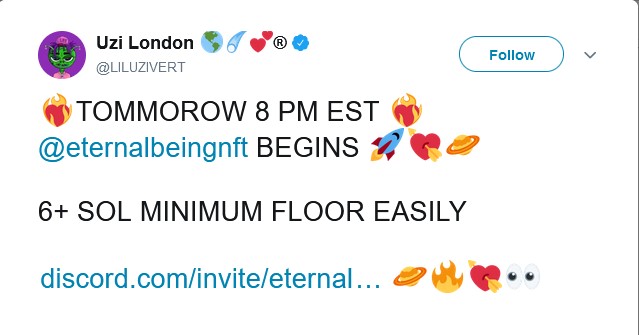 What the rapper did could be considered the promoting of an investment product that could run him afoul with the U.S. Securities and Exchange Commission (SEC). It remains to be seen whether or not the SEC will do anything about this situation, and if they do, it’s also unknown whether Lil Uzi Vert will be hit with a lawsuit or worse.

The project has a roadmap on its website detailing the rewards that adopters will get. According to the map, the team seeks to launch merchandise, drop more NFTs as the “Baby Uzi” collection, and provide an exclusive performance by the rapper. However, it is unlikely that he will return to give the performance considering what happened.

There's some kid out there who overdrafted his parents card to get a Lil Uzi vert nft that looks like this pic.twitter.com/dTdr96kjex

At the time of this writing, the Eternal Beings Twitter account has been banned while the Instagram account is still active. Fans have been left holding the bag wondering what will happen to the project now.

Morning Consult, a data intelligence company, published a survey of 2,200 U.S. adults that found 45 percent of crypto users would be interested in a digital asset if it was endorsed by a celebrity compared to the 20 percent who said that they wouldn’t.

The SEC has told celebrities that they must tell their followers about paid promotions for NFTs and other assets, but that hasn’t stopped people from trying to get away with it.

Compound CEO THREATENS USERS WITH THE IRS in "Doxxed" Comment, Drawing the ANGER OF THE DEFI COMMUNITY