Steam has an onboarding page that lists out the dos and don’ts of what Steamwork users and gaming partners are allowed to publish. And at the bottom, it states “Applications built on blockchain technology that issue or allow the exchange of cryptocurrencies or NFTs” are no longer permitted.

This rule change was pretty recent and was added some point after October 6, according to an older version of the page cached by Google. Some gaming studios have spoken out about the rule change such as SpacePirate Games who is behind Age of Rust, a first-person shooter where players can collect in-game NFTs by solving puzzles.

Community: A few minutes ago, we were notified that @Steam will be kicking *all blockchain games* off the platform, including Age of Rust, because NFTs have value. Behind the scenes, we've had good communication and have been upfront with Steam. #blockchaingames #NFT
1/4 pic.twitter.com/W4pR3Xl63q

SpacePirate Games said it is disappointed with Valve’s decision and will continue to publish their game somewhere else.

It’s unknown what will happen to NFT and blockchain games already on Steam. At the time of this writing, there are 14 NFT games and 64 “crypto” games. Not all the games incorporate actual NFTs and allow real-world trading. For example, Crypto Mining Simulator is a parody game that allows players to mine for cryptocurrency so players don’t actually earn real crypto assets. 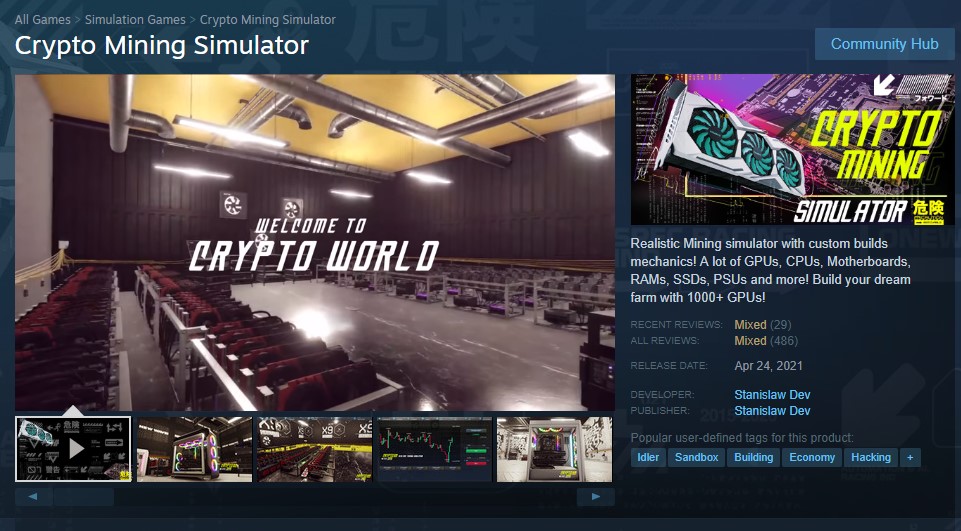 Steam may kick out the games that violate this new rule and keep the ones that are clearly jokes or don’t earn you anything. Games like Mir4 allow players to earn cryptocurrency in-game, so this may get the ax from Valve.

GameIndustry.biz points out an interesting court case that may have influenced Valve’s decision. The state of Washington, where Valve is located, has pretty strict gambling laws and is, in fact, illegal there. Some companies have tried to get around this by issuing virtual tokens that players can buy with actual money and this is supposed to circumvent these gambling laws. Think of pachinko machines and how the little beads are used in place of money and be used to get cash prizes.

Valve's reasoning for banning NFT games until they can have a sweet piece of that vertical. pic.twitter.com/YpN4yoQWvj

Well, back in 2018, the Ninth Circuit Court of Appeals ruled that virtual tokens are “a thing of value” and can’t be used in place of money. In my opinion, it appears that Valve doesn’t want players coming to its platform and making real-life money simply by playing a game and used this case to back up this decision.

Valve does allow users to trade virtual tokens for Steam Wallet funds, so they’re not totally against the idea of digital assets holding real-world value. But these assets are strictly for Steam, and not off the platform.

NFTs have long been criticized and made fun of on the internet for a while now. Scams have unfortunately been a prevalent mainstay of the industry, such as the recent Evolved Ape exit scam, and it can be easy to be burned engaging in NFT trading.

Whatever the case may be for blockchain games, this undoubtedly dealt a big blow to the industry.

Proshares Bitcoin ETF to BEGIN TRADING ON MONDAY, in LANDMARK EVENT FOR CRYPTO

NFT
NFT
Bitcoin
Crypto News
We use cookies on our website to give you the most relevant experience by remembering your preferences and repeat visits. By clicking “Accept”, you consent to the use of ALL the cookies.
Cookie settingsACCEPT
Manage consent